After tonight’s performance of Dog and Bone we were invited to say something. Not to be shy. That if we had something to say there was a space for us to stand and say it. Kei te whakama ahau. Kaore au e tu. Kaore au e korero. I was moved by something but I did not speak. I must learn to stand. Then to speak. Aroha mai, Te Rakau Hua o te Wao Tapu Trust. This is what I should have said.

Toi te kupu. Toi te mana. Toi te whenua. Tihei Mauri Ora. Tena koutou katoa. He mihi tenei ki nga atua Maori. Kei te mihi, kei te mihi. E te roopu performance he mihi tenei ki a koutou. Ka pai to mahi. Kei te mihi, kei te mihi.
He mihi tenei ki a koutou kua haere mai nei i tenei po. Kei te makariri i tenei po. Kei te mihi, kei te mihi.
Ko wai au? Ko Tainui te waka. Ko Ngati Raukawa to iwi. Ko Ngati Tukorehe te hapu. Ko Kris Wehipeihana toku ingoa. Tena koutou, tena koutou, tena koutou katoa.
The first time I was in Dunedin, my friend drove me out on the causeway, and told me the story of the caves. It was unbelievable. I could not believe that people would do that to other people. I mean, I know that Dunedin gets hot, I’ve been there when it’s 30 degrees. But I’ve seen pictures of the snow…and that they would work people that hard? And make them live in those conditions? It was unbelievable to me. They were alienated from their land. And that happened in many ways. Like we have seen here tonight.
This play is one of a continuim of New Zealand plays that I am seeing this week. I saw One Day Moko on Tuesday. It’s about homelessness. I saw The Prospect last night. It’s about a gang in small town New Zealand. On Saturday I’m going to see Michael James Manaia. They are all New Zealand stories, they may all be Maori stories. I want to thank you for adding to that continuim. Cast and crew. He mihinui ki a koutou. I particularly want to reference Ngati Irawaru who were there all the time. You were beautiful. Beautiful and terrifying. I loved the mix of traditional performance and the dreamlike sequences that you featured in. Thank you.
The ideas in the script seem very foreign to me. “Half caste” “Nigger” “Savages” ‘We’re all doomed.’ I know we are not perfect, but we’re a long way from doomed. I am grateful that those ideas are so very far away from me. And from what I see in the people around me, and the people I saw on stage. I’m learning Maori, as you are learning your craft. I say that as someone who knows that this is a process that continues over a lifetime. That as you grow, and the stories that you tell change, and the people you tell those stories to change, you learn a little more. Thank you for letting us come on this journey with you. Or at least, this little bit of it. No reira, tena koutou, tena koutou, tena koutou katoa.
Tagged Live Performance
Leave a comment
Theatre, Uncategorized

One day Moko and The prospect

In three days I have been to two shows which take a look at societal challenges in New Zealand. One day Moko (homelessness) and The prospect (poverty, gangs). I'm calling it socially conscious theatre, and these examples are excellent. If I had time I would jump at the chance to see them again without hesitation. 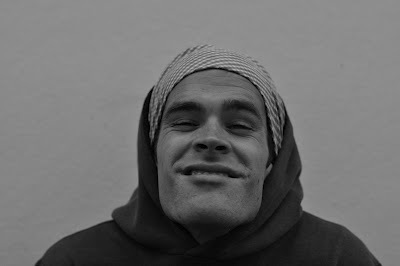 A solo performance by Tim Carlsen, directed by Sophie Roberts. Essentially it follows Moko through a typical day in his life. He is homeless. Then one day, everything changes… Unfortunately I didn't see any programmes so I'm not sure of all the people involved (Theatreview tells me – A/V Edit by Daniel McEwan and Joe Newman; Lighting Design by Jennifer Lal, but there may be more people involved.)?? Carlsen has sharp physicality which plays the sloppy character out nicely. He is all awkward angles – sharp wrists, tilted head, mouth askew. This combines with the hard edges of the machines used in the show (an old TV, a video player (DVD?), a cassette player) to contrast the human and societal construct that Moko finds himself in. A ceramic tumbler with a fracture. The prospect

A new play by Maraea Rakuraku, directed by first time (stage) director Tammy Davis. Rakuraku wrote it to "understand why gangs are such a present, violent and traumatic part of my life and that, of the community that I come from." The dialogue is natural, casual, funny, and heartbreaking. There's probably space for edits to tighten up the dramatic tension but overall it is a powerful piece of work which was compellingly staged in the premiere season at the Gryphon Theatre. The lighting (Laurie Dean), sound (Karnan Saba), design (Wai Mihinui, Jaimee Warda), and music (Rawiri and Joseph Hirini) were there in support of the story in a way that flowed with the scenes. Some of the scenes will stay with me for a long time.
Kuia Duchess (Grace Hoet) and her friend Ray (Ralph Johnson) circling each other. Intent on their own tasks, but always moving in relationship. Gilbert (Rob Ringiao Lloyd) eyeballing members of the audience, quietly explaining _exactly_ how things lie. A trio – Te Manawanui (Tola Newbery), Hombre (Joe Dekkers-Reihana) and Ugg (Moana Ete) – facing each other over a space that represents different distances to each of them. Hombre desperate with wild eyes and tense shoulders. Ugg full of aroha, with open arms, grounded. Te Manawanui broken, denying the relationship down to his fingernails.

The flinch of a strong shoulder.
New growth from a broken plant.
A moving box made of cardboard and sticky tape.
Springy grass by the seaside.
An old, still functional, washing machine with a hand wringer settled into a paddock.
A twist of effluent in clear water.

A woman and her dog

Yesterday as I was driving to work I saw a woman walking a dog. It wasn't any particular breed of dog and she wasn't any particular type of woman. Just a woman and a dog, walking down the hill. The dog (which was on a leash) made the mistake of crossing in front of the woman to sniff something. The woman stopped dead. The dog became very still. The expression on the woman's face said "OMG I can't BELIEVE you just did that!" The dog looked like it was thinking "Doh. Busted!" The woman shook the leash. The dog inched back a bit. The woman shook the leash again. The dog slunk back to her side. When I looked again they had continued walking.
This interaction amused me. The dog certainly couldn't see the expression on the woman's face and I don't think the woman could see the expression on the dog's face. The woman wasn't saying anything but both of them knew the dog had screwed up.

Ongoing to the gym

I've recently joined a gym. Actually, my sister left town and practically forced me to take her gym membership. (When I say 'forced' she said "Do you want to take the membership?" and I said "Yes.". But she gave me a very hard stare while she was asking.) It feels a bit weird to be honest. Training has slipped back into my timetable with hardly a ripple of discontent. So far the main features are Laundry, Hunger, Energy. Luckily DOMS has not made much of an appearance. (Either I've balanced the introduction of new classes really well, or I'm just not going hard enough.) I'm really enjoying the classes that I'm going to – both the choreography and the instructors' style. I'm not looking for any major physical changes, just enjoying the honeymoon phase. Will I become a tedious gym bore? I'm sure someone will let me know.